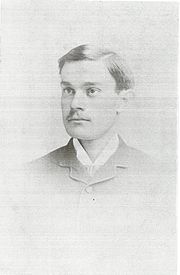 With typical adaptability, Rivers did not allow his illness to thwart him and, inspired by a friend who attended his father’s speech therapy classes, he formulated another plan. He would train in medicine instead, then enter the Army Medical Department (Note; the RAMC was not formed until the 1890s).  Attending the University of London followed by St Bartholemew’s teaching hospital, he matriculated in 1882 and received his Bachelor’s degree in 1886, at the age of 22, the youngest person to do so until the latter quarter of the twentieth century. His health prevented him from being passed fit for the army, however, he found himself ship’s surgeon on a voyage to Japan and North America. His curiosity and love of new experiences led him to undertake further travel; to Europe, the Canary Island, Madeira, and Australia, and it was during one of these trips that he experienced one of the ‘greatest treats’ of his life: long conversations with the writer George Bernard Shaw. He found the enforced leisure a benefit to his health

Little else is known of Rivers’ activities at that time, but one of the duties met with most was taking details of many people who came under his care. Assistant Physician Sir Norman Moore observed that despite the disinterest (or maybe because of) of his senior, Samuel Gee, Rivers would have noticed the “great variety of life and occupation to be met within the wards” and that the majority of these patients displayed a deep knowledge of their genealogies. Rivers gleaned that however poor they may be, this gave them both security as to their ‘place’ in society and also marked them out as individuals, significant in themselves. His work would often visit such themes in the future

In 1888, Rivers gained his M.D. and was elected a Fellow of the Royal College of Physicians. He published his first paper “A Case of Spasm of the Muscles of the Neck Causing Protrusion of the Head” and took up a residency at Chichester Infirmary but the next year returned to Barts to begin productive research. The papers he presented at the Abernethian Society,* betray a growing interest in psychology and neurology, and he accepted an appointment as house physician at the National Hospital for the Paralysed and Epileptic in 1891.  His interest in sensory and mental states was stimulated further by being made assistant to a University College scientist, Victor Horsley who was investigating the nature of electrical currents in mammalian brains. His main mentors there were neurologist/ neurophysiologist Hughlings Jackson and physiologist Michael Foster, and it was here that he met Henry Head who became a colleague and lifelong friend.

Rivers’ study did not end there. Relishing the opportunity for new experiences, he resigned in 1892 and traveled to Jena in Germany, where he appears to have had no trouble in mastering the language, and attended lectures upon various subjects (Head, 1924) including philosophy, neurophysiology, and psychology. Germany was leading the world in subjects of this nature and it seems that he enjoyed the courses thoroughly (Slobodin, p13) declaring in his diary “I should go in for insanity when I return to England and work as much as possible at psychology”

Duly upon his return, he was offered several positions. Clinical Assistant at Bethlem Royal Hospital, lecturer of Experimental Psychology at University College and Assistant to G.H. Savage in lectures concerning mental diseases at Guy’s Hospital. For a man who ‘tired easily’ (L.E.Shore 1923), this was hardly a relaxing schedule. It was not set to get any moreso – In 1893, Cambridge University wished to extend its lectureship on Physiology of the Sense Organs and Michael Foster recommended his former protégé for the role. Before taking on the new post, Rivers visited Heidelberg, once again in Germany, for work with an expert, Emil Krapelin, in the fields of the senses, psychiatry and muscular fatigue – interests close to his own heart, and learning which would prove useful in many instances in his own work later.