Since the publication of Pat Barker’s novel, ‘Regeneration’ in 1991, Rivers’ expertise in psychology is normally referred to in conjunction with his work treating traumatised soldiers of the Great War. His interest, however, began much earlier; certainly by the end of his educational trip to Jena in 1892 but probably since becoming aware enough to be intrigued by the workings of his own mind. It is likely that he suspected at a young age that his stammer and loss of visual memory had a psychological rather than physical cause though he was never able to pinpoint the incident which sparked it off. The fact that he acknowledged himself as ‘damaged’ (Barker) and the self-examination which followed seems to have been an important factor in his ability to empathise with others. His early papers demonstrate underlying interest: for example, between 1889 and 1893, he published Delirium and its allied conditions (1889), Hysteria (1891) and Neurasthenia (1893).

In addition, he had worked and trained in a number of environments with a range of people, including patients of Bethlem Royal Hospital in London, one of the world’s most famous mental hospitals, and studied with respected authorities on the subject. Now he was the first experimental psychology tutor in Cambridge and the first in England to plan and implement a systematic course in the subject. By the time Cambridge University decided to open an experimental laboratory in 1897, Rivers was thus well established in the subject.

Unfortunately, this still did not mean that the powers-that-be were totally willing to give the doctor free rein or a great deal of practical help when it came to educating his students. The ‘lab’ originally consisted of a single room in the physiology department whilst the next version, opened in 1901, was in a small cottage “dark, ill-ventilated and infested with rats” (E Boring, A History of Experimental Psychology, 1957), in Mill Road, one of the poorest districts of the town * Eventually, though another move was made to a premises in St Tibbs Row, nearer to the college but the budget remained so small that Rivers was obliged to spend some of his own money on equipment.

Mill Road, Cambridge, heading towards the railway and river

Nevertheless, students of the ‘new’ subject thrived and several (Charles Myers, Fred Bartlett, William McDougall) became doctors or psychologists themselves, whilst a better-equipped laboratory was finally established in 1912. Myers succeeded his old mentor as director; Rivers continued lecturing in physiology, participating in fieldwork and working on publications such as the British Journal of Psychology which he co-founded and edited with professor James Ward. 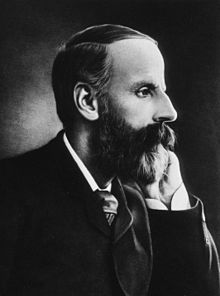 As stated in the previous chapter, although much of Rivers’ work was not primarily in psychology, his background in the field permeated almost everything else that he did. Bartlett recounted in his obituary that he insisted that “What was of value in his work was due directly to his training in the psychological”. The situation worked both ways: his expertise gave him a new angle upon whatever he was examining whilst the observation of “the actual daily behaviour of human beings” fueled and reinforced the findings of his research. Ironically, considering that many aspects of his career were unexpected and almost accidental, the diverse branches were coming together amazingly well and in a manner that probably only Rivers could utilise so competently

*(Note: at this time Cambridge was only a town, it became a city in 1954, under the auspice of the Duke of Edinburgh)